When I met with the home owner to look at what work was needed, I was shown the roof of the house near the chimney. There was a water leak inside the house, and it was coming from where the roof meets the chimney. A previous fix was the cricket that had been built to avert the water. This didn’t seem to fix the problem, as water was still getting into the house. When we went inside the house to see where the water was coming in, three rafters from the vaulted ceiling were sagging at the location of the water leak. I figured three or four days for this job, then put it on the schedule.

We started demolition on the ceiling where the rafters were sagging. What we discovered was not only water damage. 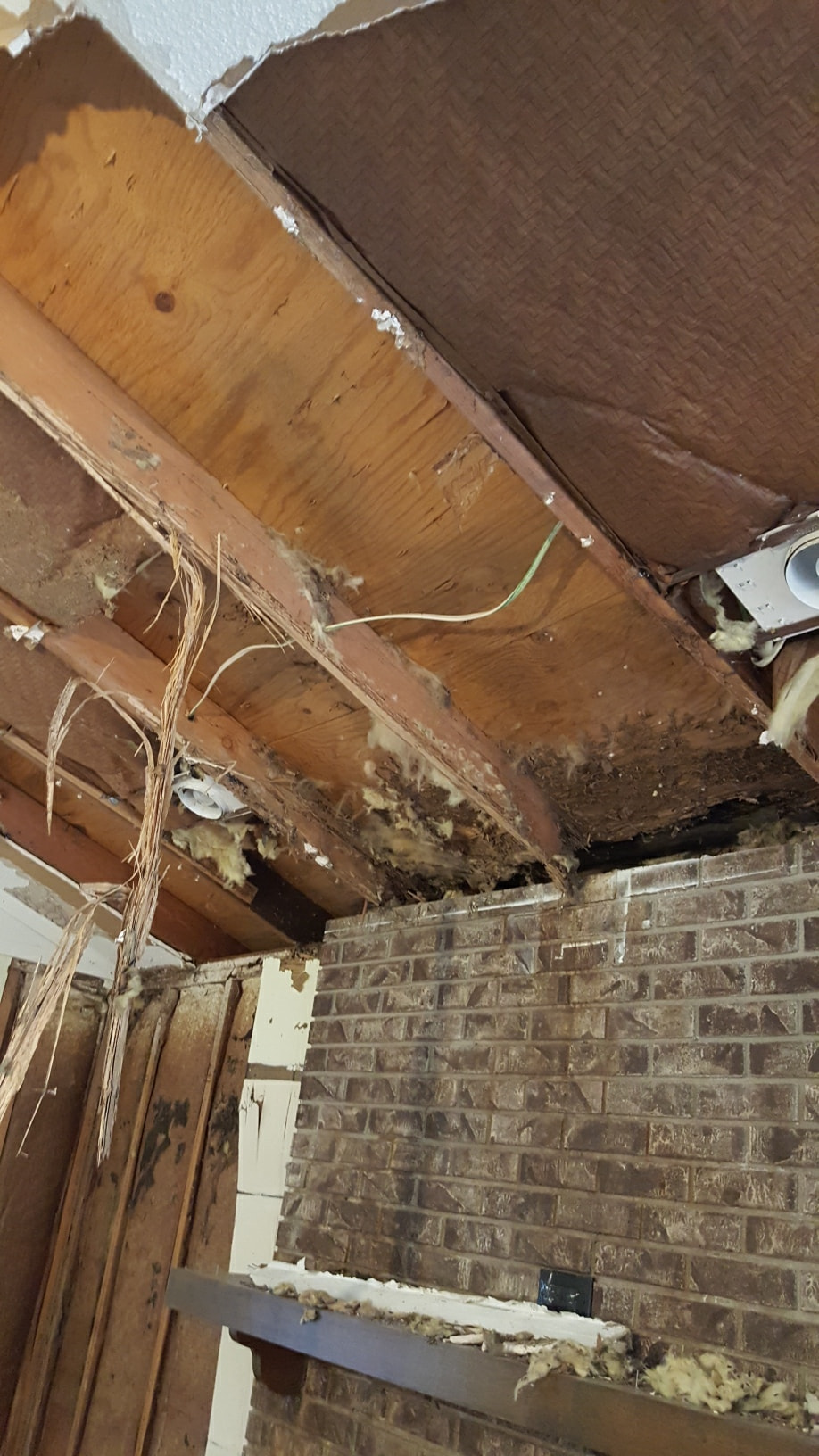 Yes, termites, and yes, they ate the roof decking. Those termites even ate entire photo albums full of pictures! I've never seen anything like this! I was in utter shock at the extent of the damage. We spent days removing damage, and weeks rebuilding. So, if anyone ever tells you that you don't need a termite contract, or that they're not worth the money, you tell them to go pound sand.